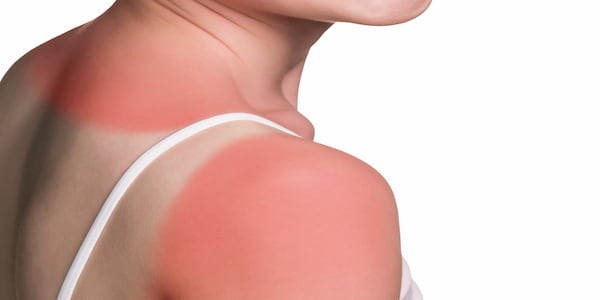 Experts expose how to calm your sunburn skin this summer

According to the experts, using after-sun could do even more harm to the skin, if it’s ingredients are not thoroughly checked. Hence, an aloe-vera gel is advised as an effective sunburn skin remedy.

Taking care of the skin after extreme sun exposure is significant, but failing to do so may have long-lasting damage on the skin. Immediately buying and applying after-sun may not be a good idea.

After-sun formulas are most likely to have creamy, thick consistencies containing oils, that form an emollient barrier on the skin, trapping the heat in the upper layer of the epidermis. They also contain chemicals and/or fragrance, which aggravates the inflammation and most likely to have a ‘burn’ sensation on the face.

Aloe vera is a pure and clear gel with healing properties and has been a trusted skin saviour for many years. Due to its instant cooling effect on the skin, it is has secured its place as a steady favourite for post-suncare. It is a traditional herbal therapy supposed to reduce the symptoms of sunburn skin, but there is no scientific evidence backing its use for sunburn. Although its anecdotal evidence portrays that it is soothing, safe and has a cooling effect. Various health professionals still recommend it for soothing irritated skin as aloe vera is not harmful.

Some skincare experts would advise choosing for a clear aloe vera gel rather than heavier, moisturising after-sun when treating sunburn, whereas others would suggest finding an after-sun that contains the plant.

The best formula to be used after burning the skin should have natural, gentle ingredients with high water and high aloe vera content. A clear aloe vera gel is likely the safest option, if not entirely sure of whether a particular after-sun will be beneficial or not.

Therefore, with the ever-increasing cases of melanoma skin cancer in the past few years, looking after the skin should be the primary focus during the hotter months. If pain caused by sunburn persists, experts recommend consulting a dermatologist for your sunburn skin.

Previous ArticleRight Exfoliation for your skin